Susan is Cuala Foundation’s founder and executive director. Susan traveled to New York in 1990 as an English and Philosophy graduate to take up a scholarship at the American Music and Dramatic Academy. Her post-graduate studies in culture as an economic driver at DCU Ryan Academy recently earned her First Class Honors. In a distinguished career, McKeown has performed with Pete Seeger, Natalie Merchant, Linda Thompson, Billy Bragg, Arlo Guthrie and The Klezmatics, with whom she won a Grammy Award performing lyrics by Woody Guthrie. She has recorded mariachi music, klezmer music, African music, Celtic music, and contemporary songwriting, and has performed at Glastonbury, The Edinburgh Festival, Carnegie Hall and the Walt Disney Concert Hall. Susan was the 2018 Irish Central Anam Award recipient for “discovering and revealing the soul of Irish song” and the 2012 recipient of The Arts Council of Ireland’s Traditional Arts Bursary. Hers is the woman’s voice singing on the audio recording in the Irish apartment of New York’s Tenement Museum. She and her daughter Róisín divide their time between Dublin and New York.

Learn more about our founder here. 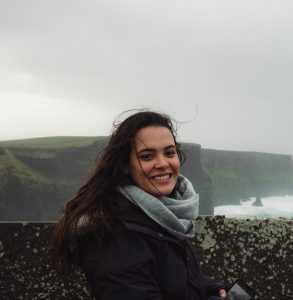 From Allentown, Pennsylvania, Kayla works as a social media marketing intern with Cuala Foundation. A rising senior at Muhlenberg College with a major in Media & Communication and a minor in Women and Gender Studies she hopes to go on to make a difference and positively spread messages about gender barriers and cultural issues around the world and to raise awareness on social media. Kayla’s Role at Cuala Foundation includes reinstating our social media presence, creating newsletters, updating our website, and assisting with the research for our resettlement of Afghan refugees in LA. 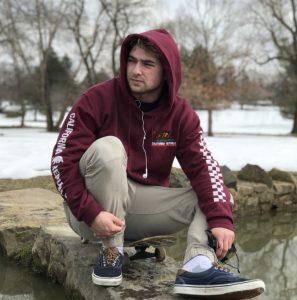 Max Rose is from Los Angeles, California. He is currently studying film and communications at DCU in Dublin, Ireland. He plans to graduate from Muhlenberg College, located in Allentown, Pennsylvania, USA, with a degree in English and Film that focuses particularly on Screenwriting and Playwriting. Max enjoys surfing, skating, soccer, writing, directing, acting, and hanging outdoors with friends and family. For  Cuala Foundation, Max is currently editing and communicating with folks around Ireland and LA to help set up a plan for Afghan refugees to help find a home! 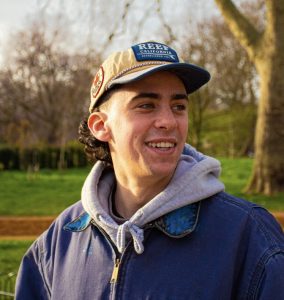 Jacob is from Little Silver, New Jersey, and works as an intern for Cuala foundation as a videographer and video editor. He is currently a junior studying Business Administration and Film Studies at Muhlenberg College in Allentown, Pennsylvania. He hopes to grow his skills in both filmmaking and pursue a career path in business. Jacob enjoys exploring the outdoors, including surfing, swimming, hiking, tennis, frisbee, and soccer. In his downtime, he likes to draw and create short films. For Cuala, he helps with photoshoots, editing videos, and researching information for present and future projects. 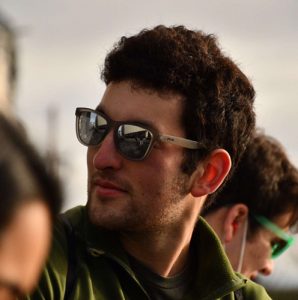 Jake is from Fairfield, Connecticut, and works as a videographer and video editor for Cuala foundation. He is a junior at Muhlenberg College majoring in Media & Communications and Film Studies, hoping to use his skills in filmmaking to help show people how to make the world a better place. Jake’s creative endeavors outside of filmmaking include drawing, guitar, and piano. His role with the foundation involves assisting with photoshoots, researching, and editing videos for Cuala events.

Melanie Best is a poet and economic historian, and teaches writing at Brooklyn College where she studied for her master’s degree. Melanie wrangled art for twenty five years, during which time the ironies entailed by knowing every rest stop along Interstates 80 and 90, sleeping at Motel 6s and fueling up on truck stop coffee while transporting Warhols, Rauschenbergs, Picassos and de Koonings piled up faster than the miles. She studied political theory and philosophy at The Evergreen State College in her native Washington State.

Melanie and Susan met in a laundromat in the East Village when they were both raising young children and have spent many hours since walking and talking by the East River, envisioning what Cuala could be, and later, refining the process and aims of the organization, among other things. Melanie participated in CualaNYC 2016, reading at the launch of Leabhar na hAthghabhála/Poems of the Dispossessed at Poet’s House, and installing the James Connolly exhibit at the Knockdown Center and Cooper Union.

Melanie is a direct descendant of Eibhlín Dubh Ní Chonaill, arguably the greatest poet Ireland has ever produced.

June Kosloff is an artist, curator and former music business executive with over 15 years’ experience in marketing and sales focusing on artist development. She has worked with the Verve, David Bowie, Ben Harper, Cracker, Janet Jackson and Irish traditional music group Altan, among others.

June serves as Board President of Local Project Gallery Space in Long Island City, and has curated multiple visual art shows there. She also produced the  “Music Under the 7” series from 2011 through 2016. In 2014 June co-produced the audio CD ‘Crossroads,’ featuring emerging poets and musicians from all over the globe.
As an artist, June’s work is based on the natural world: she is currently working on a variety of animal and environmental series in mixed media. Her work is in numerous private collections.

Additionally, June is the executor of art collection of her uncle, the artist Dick Lubinsky, which has been shown at Fountain House Gallery, Outsider Art Fair, American Visionary Art Museum, Erie Art Museum, and is in numerous private collections.  June and Susan met in a workshop run by Motherless Daughters, an organization that supports women who have grown up without their mothers to share their experiences of grief and loss.

Siobhán Ní Chiobháin is a fluent Gaeilgeoir and Creative Content Producer from Dingle, Co. Kerry, currently based in New York.  She has produced bilingual TV and Radio programming and documentaries for BBC, TG4, RTÉ, UTV, Raidio na Gaeltachta among others. She produced ‘Lost for Words’ which won Best Musical Short at the New York Independent Film Festival. Siobhan has worked with various clients including Earth’s Call, Pepsi, Seaworld, East Village Playhouse and The CityKids Foundation.

In 2019, Siobhán was selected as one of the Irish Echo’s Top 40 Under 40, an award that recognizes exceptional Irish and Irish American young leaders from across the US.  She was also awarded The Irish Echo’s People’s Choice Award. In 2014, Siobhán was selected as a ‘One to Watch’, one of Television’s ‘Best and Brightest’ by the prestigious Guardian Edinburgh International TV Festival.

Siobhan has a passion for social impact and has worked and volunteered with various charities including Amnesty International and The Samaritans.  She teaches Irish Language classes and organizes Irish Language Events in NYC.

Siobhán has a degree in Media Arts from the Dublin Institute for Technology and a Postgraduate Certificate in Digital Media Communications from Ulster University. Siobhán is delighted to be on the board of Cuala Foundation.

Michael H. Williams is a lawyer who has worked by day since 2007 as General Counsel of Safe Horizon, the largest non-profit victim services agency in the United States. Michael is also Board Chair of New York Peace Institute, another New York City nonprofit that provides community-based mediation and training that empower people to find creative and durable solutions to their disputes. Michael and Susan McKeown first met at the SXSW festival in Austin, TX in 2006, where they started a lifelong friendship that later led to him helping her establish Cuala Foundation as a new nonprofit in the United States. Michael is excited about Cuala’s potential to positively impact the lives of youth through the celebration of culture. Michael is admitted to practice law in the State of New York. He received a JD from Brooklyn Law School and a BA in Sociology from Tufts University.